Mike Hess has been mentoring and teaching bridge for over 30 years. He is a Diamond Life Master with over 5,000 masterpoints. Mike has won pair and team events at the club, sectional, regional and even national levels. In addition to winning several CT Unit 126# pairs and team titles, Mike's 2017 four person Grand National team qualified to represent District 25 (New England) at the Summer Nationals in Toronto, and then went on to win the North American championship for Flight A over a five day period. Read more about it here! 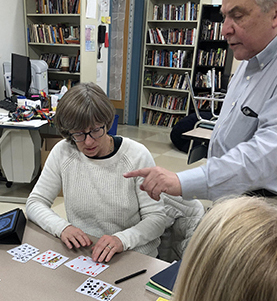